When Numerai launched in December 2015, it was a one-page website that looked like a Kaggle data science competition except everything was black and more cinematic. We didn’t want it to look like any other hedge fund in the world — because we weren’t. We spent all this time on design and shooting videos (like this and this), and it seemed like a big distraction.

The core idea of Numerai was to give away all of our data for free, and let anyone train machine learning algorithms on it and submit predictions to our hedge fund. This was a very counterintuitive idea. We already had our own internal machine learning models on the data so it seemed like a distraction to open it up to the world.

When we originally decided to pay our data scientists in bitcoin, the price of bitcoin was $400 (now $5600). The idea of paying people in bitcoin was confusing to most people. It seemed like a distraction.

Some of our distractions have already proven themselves to be outrageously successful, and others are still developing, but they actually aren’t distractions at all. They are all part of the plan.

The master plan is the high level guide to what we’re trying to do over the next several years. We’re mainly focussed on part one right now: monopolize intelligence. Here’s our current roadmap.

The reason we created our own cryptocurrency (called Numeraire / NMR) is because it connects directly to the first part of our master plan. It not only grows our community of data scientists but also improves the quality of intelligence they provide.

Numeraire improves the intelligence on Numerai because of the nature of how it is used. It is not really a currency. It is a token to access the staking tournament on Numerai.

After the first few stakes of Numeraire were made, it was immediately clear that Numeraire staking was working. The average quality of predictions increased and we were able to isolate the best models to include in our meta model — the model that combines them all together. The underlying staked predictions when combined achieve performance that we cannot match with our internal models.

Due to the extraordinary success of Numeraire staking, we are doubling the payouts in the staking tournament from 3000 USD per week to 6000 USD per week. This number is now 6x higher than when we launched Numeraire.

To emphasize staking even further, the only way to earn USD on Numerai (paid in ether) is to enter the staking competition. In general tournament, we are increasing the Numeraire payouts from 1500 NMR per week to 2000 NMR per week. This gives new users new possibilities to earn Numeraire to compete in the staking tournament. Overall, the changes represent a ~20% increase in payouts.

Numeraire can be earned by anyone competing in our tournaments but there is now a new way to earn it as well. We have open sourced core parts of Numerai, and our community can now earn Numeraire bounties by making contributions to the codebase.

Finally, Numeraire is also the beginning of part 4 of the master plan, which is to decentralize Numerai. Right now it’s impossible to have a real hedge fund be decentralized because stocks are not traded on blockchains, prime brokers don’t give leverage on blockchain assets and so on. In the future, this will probably change and more of Numerai could be decentralized and connected to the Numeraire token.

You were right, Fred Ehrsam.

Numerai started with a Kaggle style data science competition but that was never the end goal. Numerai needs to use the predictions from our data scientists live in our hedge fund without having access to any of the algorithms that built the models.

To do this, we needed to create an entirely new data science tournament design. We needed to automate payments using cryptocurrency, and we needed to move away from Numerai being a website for people but rather an API for AIs.

The goal for Numerai was to be an API that any artificial intelligence could use to control capital in the economy. The API would pass datasets to the AIs to train on and the AIs would submit predictions back to Numerai. And the AIs would get paid in the only currency they can use and understand: cryptocurrency.

Since the API interacts with the Numeraire smart contract on Ethereum, people will able to build applications on top of Numeraire. For example, a data scientist could build a server that automatically downloads new data from Numerai, trains a machine learning algorithm, stakes Numeraire on the set of predictions, and repeats this process forever earning more and more money and NMR for the data scientist, and adding more and more intelligence to Numerai’s hedge fund.

This isn’t speculative; we wouldn’t be surprised if one of our data scientists built a automated system exactly like this within a few days of the API launching.

Numerai’s new GraphQL API written in Elixir will be released on October 31st.

We have had that statement on our help page for many months, and we’re still thinking about how to implement a reputation system on Numerai. Our data scientists have excellent ideas for how it should work. The idea is data scientists are building reputations for themselves as time progesses. Those reputations are valuable to us as another data point for our meta model so we want data scientists with the best reputations to earn the most.

You will be able to send Numeraire to an Ethereum smart contact and get computational power for almost no cost. Wow.

The idea is to create an AWS AMI which has all the software you would need to do machine learning, and also all the connections to Numerai’s API that you would need to send predictions live automatically to Numerai forever. With Compute, the idea of discrete tournaments will start to fade away. Numerai would be able to ping any AI connected to it for new predictions at any time.

Even more futuristic versions of this could use decentralized computing resources like Golem.

Compute will create an entirely new use case for Numeraire which is directly related to improving machine learning models, increasing engagement, and achieving the goals of the master plan. 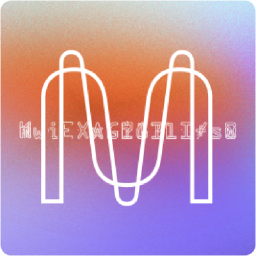