Introduction to Decentralized Identity and Why It's Important

Decentralized Identity is an emerging concept, in which control is given to the consumers through the use of an identity wallet, through which they collect verified information about themselves from certified issuers.

In this article, we’ll be looking at DIDs — what they are, DID documents, Verifiable data, and how they work.

I’d also try to explain why we use DIDs, and what problems they propose to solve.

Secrets such as passwords, and encryption keys, are used to assist in protecting access to resources such as computing devices, customer data, and other information. Unauthorized access to resources can cause significant disruption and/or negative consequences. Many solutions have definitely been proposed to protect these secrets and in turn, protect the security and privacy of software systems. Each of these solutions, according to research by Zakwan Jaroucheh, follows the same approach, where, once the consumer receives the secret, it can be leaked and be used by any malicious actor. Time and time again, we’ve heard cases of compromised private information, leading to the loss of billions of dollars.

How then can we decentralize secret management, such that the secret won’t have to be sent to the consumer? I guess I can say… This is where DIDs come in. 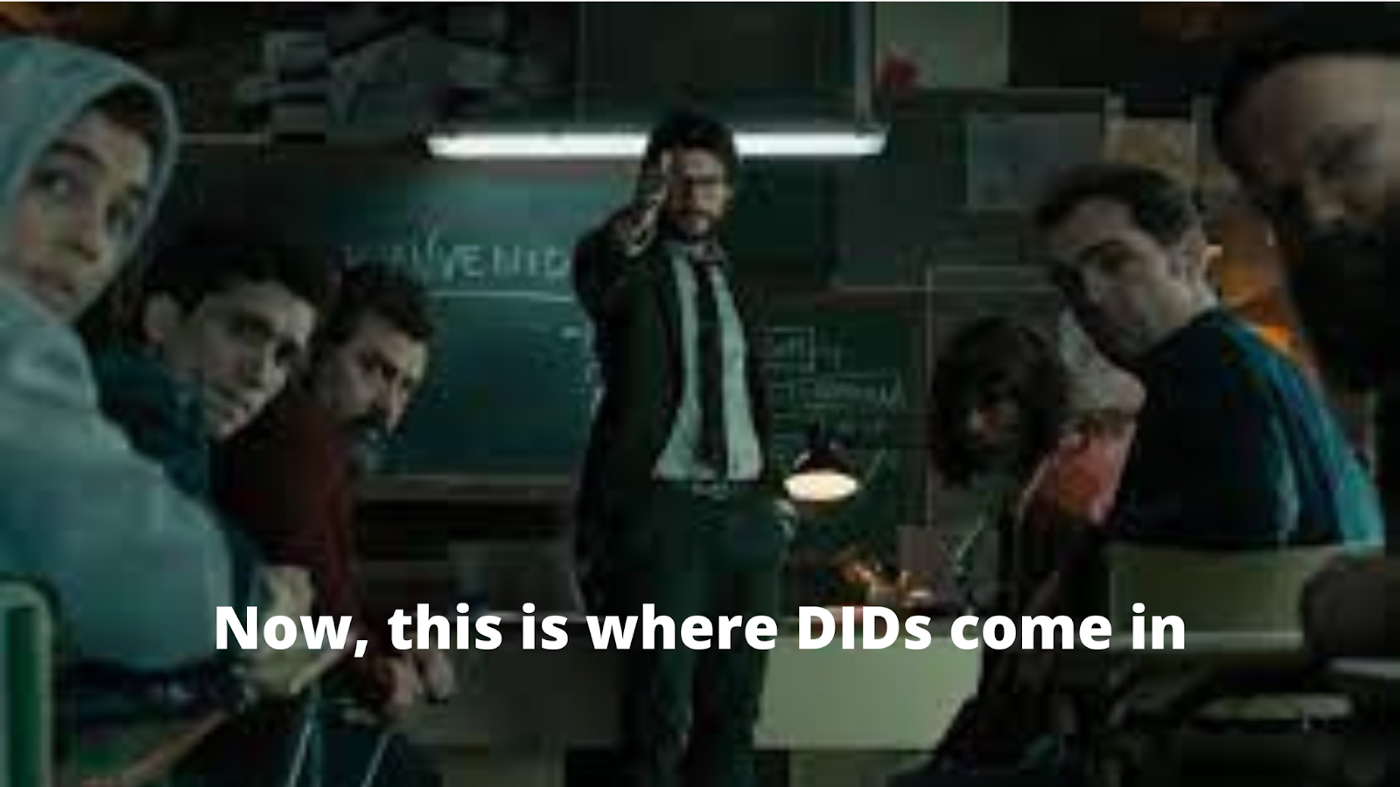 Identity is the fact of being who or what a person or thing is defined by unique characteristics. An identifier on the other hand is a piece of information that points to a particular identity. It could be named, date of birth, address, email address etc.

A decentralized identifier is an address on the internet that someone, referred to as Subject, which could be you, a company, a device, a data model, thing, can own and direct control. It can be used to find a DID document connected to it, which provides extra information for verifying the signatures of that subject. The subject (which may be you) can update or remove the information on the DID document directly.

For instance, if you’re on Twitter, you likely own a username, take a DID as your username on Twitter. However, in the case of a DID, the username is randomly generated. Other information about you is accessible through your username (DID document), and you have the ability to update this information over time.

Each DID has a prefix that it references, called DID Method. This prefix makes it easy to identify its origin or where to use it for fetching DID documents. For instance, a DID from the Sovrin network begins with did:sov while one from Ethereum begins with did:ethr. Find the list of registered DID prefixes here.

Let’s briefly look at some of the concepts you’ll likely come across when learning about DIDs.

According to W3C, a DID method is defined by a DID method specification, which specifies the precise operations by which DIDs and DID documents are created, resolved, updated, and deactivated. The associated DID document is returned when a DID is resolved using a DID Method.

When you hear of verifiable credentials (VCs), what comes to mind? Probably your passport, license, certifications, and any other identification you might have.

This has to do with the physical world. Digitally, if someone wants to verify or examine your identity how can they do this? A verifiable credential in the simplest term is a tamper-proof credential that can be verified cryptographically.

For example, say a school certifies that a particular individual has taken the degree exams and this information is verified by a machine for its authenticity.

Here, the issuer is the school, the holder is the individual who has taken the exam, and a verifier is a machine that checks the verifiable presentation for its authenticity. Once verified, the holder is free to share it with anyone he/she wishes. 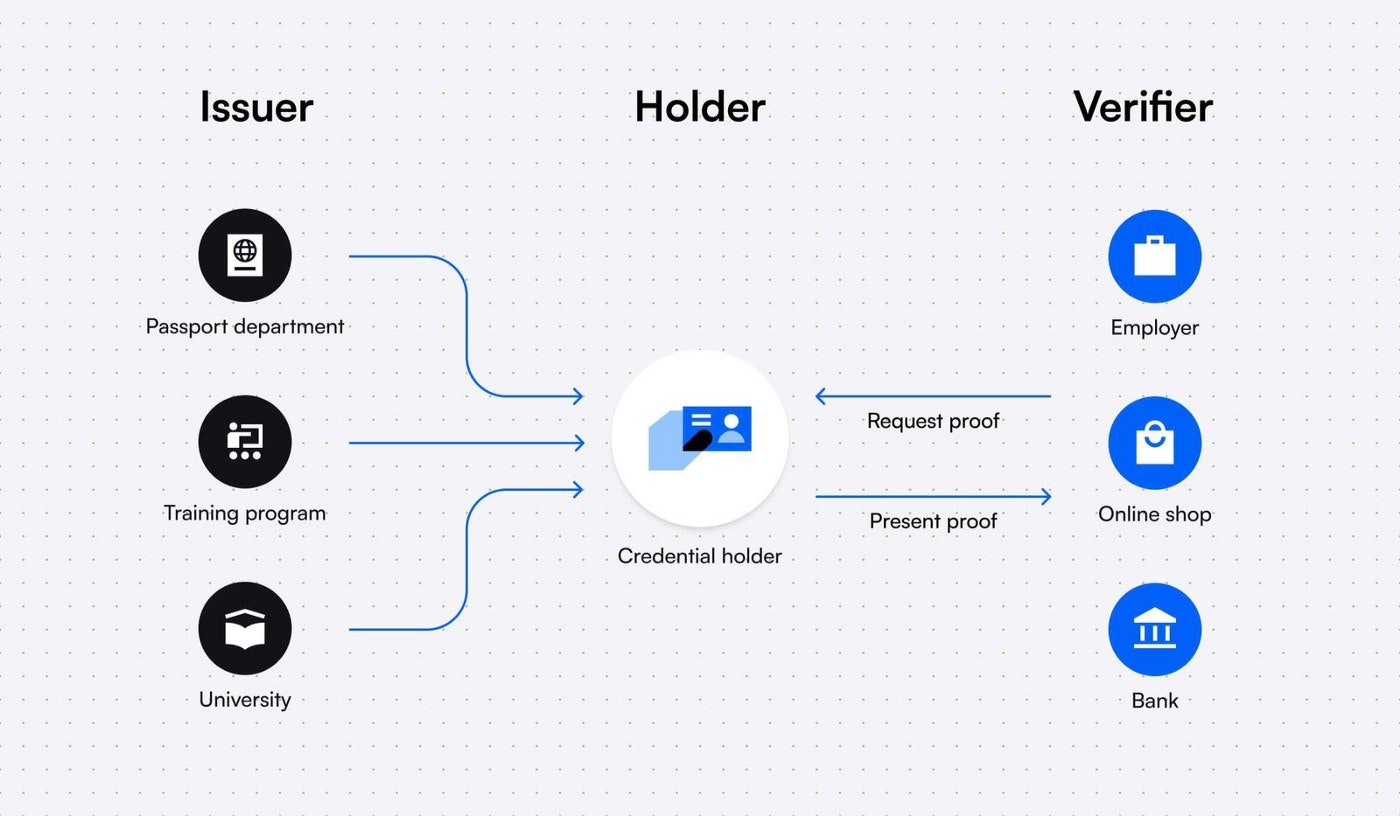 I hope you’re able to get it up to this point.

Let’s take a dive into some of the reasons for decentralized identity.

Following his critique of web 3.0, Jack Dorsey, the former CEO of Twitter, introduced the web 5.0 initiative.
By claiming that ownership is still a myth since venture capitalists and limited partnerships will take on a sizable chunk of the web, Dorsey highlighted the current constraints in web 3.0. He claimed that web 3.0 would keep a lot of things centralized, necessitating the creation of web 5.0.

One of the prime use cases for web 5 is empowering users with control of their identity, which we all refer to as Decentralized Identity, used interchangeably with Self-Sovereign Identity (SSI. It is an approach to digital identity that gives individuals control of their digital identities. Why did Jack introduce web 5? Why do more people want to take back control of their data through decentralization and blockchain? What benefits does this hold for people and organizations?

Benefits of decentralized identity for Organizations

Benefits of decentralized identity for Individuals

Decentralized Identity has a lot of pros, and so many individuals and organizations are already keying into it. A lot of companies like Spruce ID, Veramo, Sovrin, Unum ID, Atos, etc have worked hard to create decentralized identity solutions. I hope to see where these efforts lead and look forward to seeing DIDs become more used in a bunch of applications as well.

For further reading, feel free to check out these resources

I am Amarachi Emmanuela Azubuike. I am a front-end web developer and technical writer.

See other articles by Amarachi